Back to all posts

I would just love to say Thankyou to everyone involve with both the Black Mountain Unplugged Festival and also the Lions Den Hotel. I had the amazing opportunity to play at both the festival and then for the next four days the Lions den hotel. Th festival started off with a bang as all the musicians swung into action with the likes of Lilly and King, Katie Jay, The Road Trippers, The Hillbilly Goats, Shane Howard and his Trio and many more very talented Musicians. It really set the vibe of being  on the beautiful bush property when Australian icon Shane Howard come onstage and started serenading us with a bountiful set of his wonderful songs and ballads of this amazing land that we live in. But BY FAR!!!! My highlight was when he called me up to play the yidaki (didgeridoo) for the opening of "Solid Rock", a song which became a hit that Shane wrote while in his band Goanna. It was truly an Unforgettable moment that is burnt into my memories until the light dies in my eyes.
After the festival I also hosted lunch and dinner slots and a jam session every night at the lions den hotel. I would firstly like to thank all of the staff at the den for taking care of me and everybody involved in the jam sessions. I have never been looked after so much by an establishment in the time that I have been playing music professionally. It was an honor to play there and I look forward to next time!!! Thanks again crew!!!! 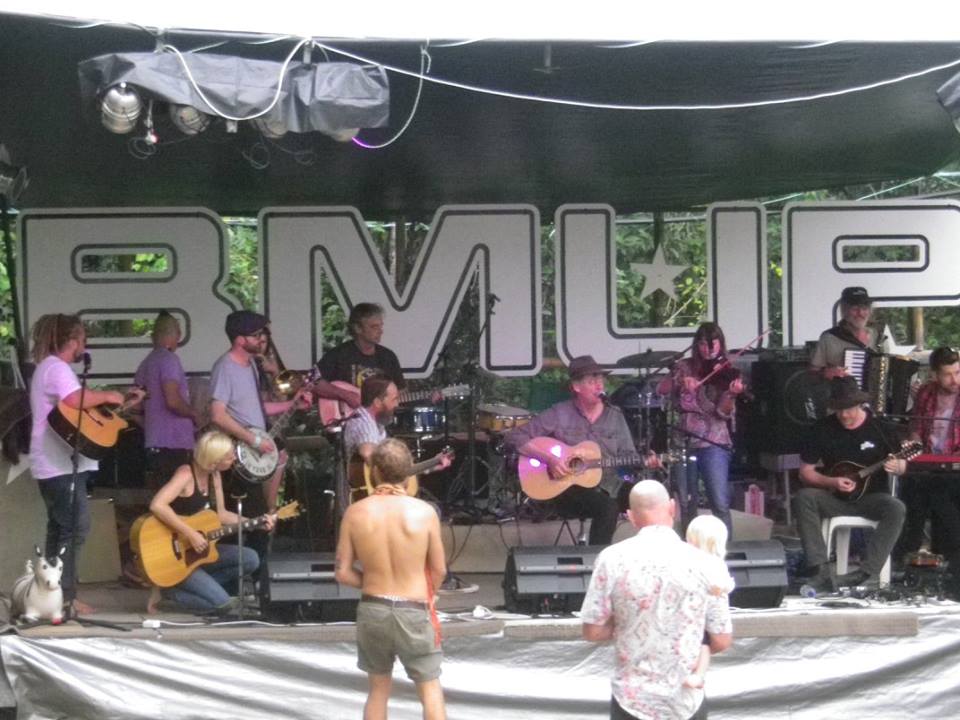